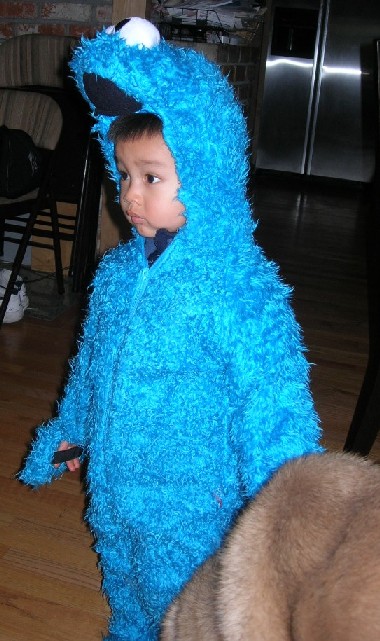 It seems that knitters are fond of Harry Potter and I'm no exception.  When I purchased Weekend Knitting, this kid's hat was one of the first things I wanted to make.

The "almost famous" part of the title refers to the fact that this hat was supposed to be for a scene in HP when baby Harry is delivered to his aunt Petunia's doorstep.  Alas, it was a warm day, no need for a wool hat! 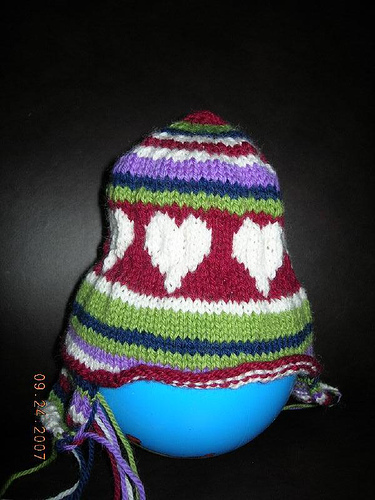 Here it is after a few ends were woven in.  I have since double crocheted a trim around the brim and ear flaps and now it is blocking, with it entirely stretched around my son's little tigger ball.

Knitters always want to see the inside. 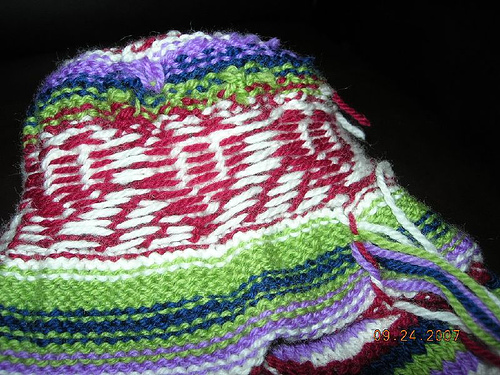 Did I mention there were a zillion ends to weave in? In fact, it was when I started this hat at BobaKnit that Kristi alerted me to Aija's tutorial on weaving as you go.

I did start doing that but even then, there were a boatload of ends to weave in!!!  Here's just one side of ends. A little Harry Potter, anyone?

I taught my best friend to knit.  As the gift that keeps on the giving, he got his mom to knit a Gryffindor sweater for BigHeadBoy this Christmas.

It's really an amazing sweater and I can't wait until he can wear it.  I think it will be a few years though since my friend's mom made on the big side just to be sure! 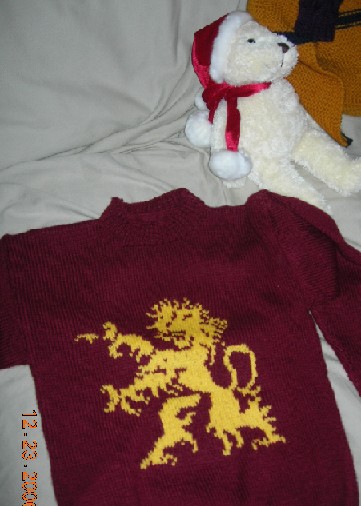 It was the little monster's birthday yesterday.  There was cake ( I baked a vanilla bean cake, with heavy whip cream and strawberry sauce) and ice cream and a little red wagon.

When the little monster first came home from the hospital, he was a little bitty 8 lbs and 8 oz, 22 inches. and now he is a big boy. 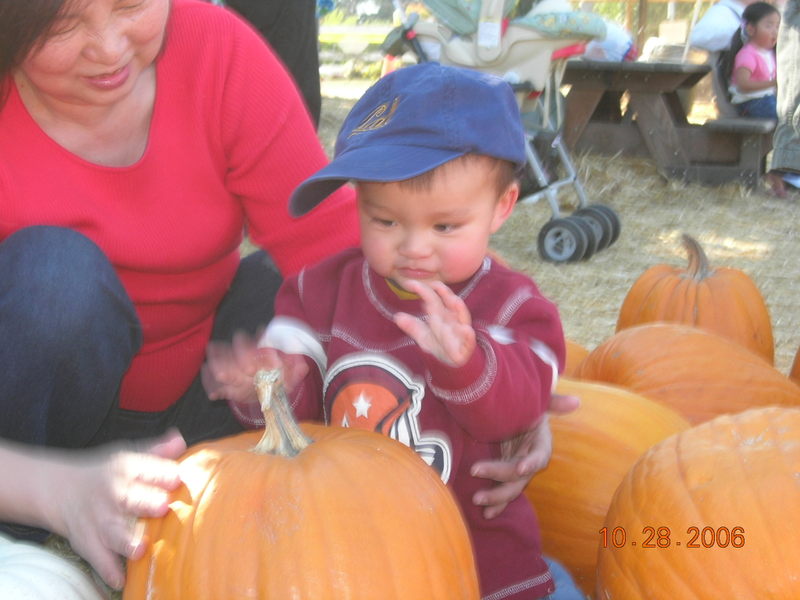